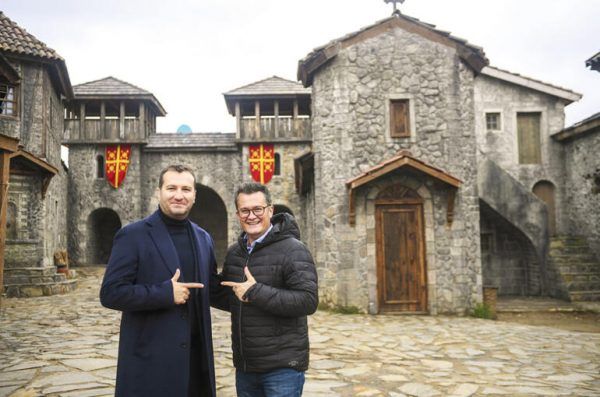 Producer Mehmet Bozdağ in an interview with Hurriyet magazind stated that they tried several stars for the movie “Turks are coming”, but in the end, the choice fell on Emre Kıvılcım, who was perfect for this role.

To the question of whom he would prefer – Engin Altan Düzyatan or Burak Özçivit, – Mr. Bozdağ diplomatically replied that both of them are his actors, who are very good at their roles. The producer also shared new information about his project Barbarossa. As it turned out, this will be a three-part film that will tell about the life of Barbaros Kheireddin Pasha. The first part will begin to be shot this summer. The film “Turks are coming” is also supposed to continue. Five episodes of this story are planned.

Mr. Bozdag is considering selling films to the Netflix platform, but he is not happy with the current financial model when Netflix buys the entire show once. The producer would like to get a share if the project is successful with an international audience. Therefore, it is possible that films will be sold on another digital platform.