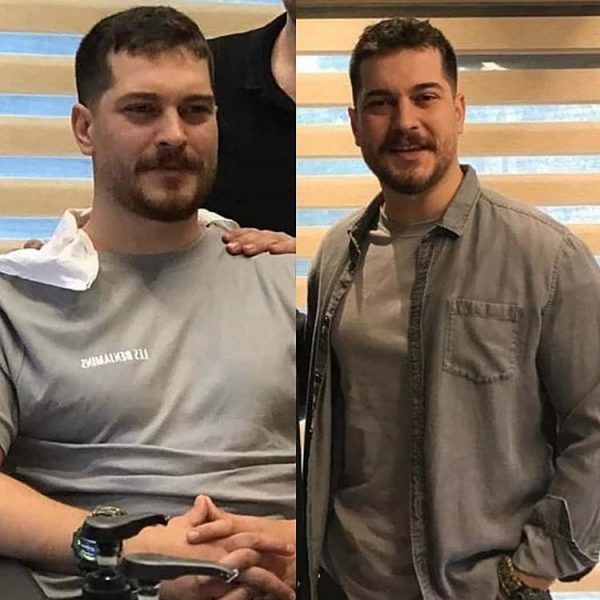 Military service is compulsory for all Turkish male citizens who have reached the age of 21. The stars of Turkish show business, who go to serve in the army on preferential terms, were no exception. Having paid a certain amount to the state treasury, a conscript can shorten the period of military service to 21 days by going through “military training”. It is this loophole in the law that Turkish actors use.

In the summer, Aras Bulut İynemli, Tolga Sarıtaş, Akın Akınözü, Burak Deniz and others already served in the army. Now, Can Yaman, Yusuf Çim, Mert Yazıcıoğlu, and Çağatay Ulusoy have been recruited. The fact that Çağatay will join the army the next week became known after his hairdresser posted on his Instagram page the photos of the actor, writing: “We made the military haircut for our soldier Çağatay Ulusoy. I wish you good luck.”

The manager of Çağatay Engin Aykanat liked the photo, unofficially confirming the accuracy of the information. By the way, the manager himself spent some time in Los Angeles, and then went to Mexico. It seems that, as well-known journalists previously reported, Çağatay is preparing to work with foreign companies. He already has projects that he is currently working on, so he needs to “serve his country” before engaging in an international career.

After returning from the army, the actor is waiting for the promotion company of the third season of the series Hakan Muhafiz / The Protector, which according to preliminary information will be released in March. And then we will finally be officially informed in which films and TV shows Çağatay plans to act in the future. We remind you that, unlike Turkish producers, foreigners prefer to make announcements through the press at the right time, and up to this point they keep the strictest secrecy.

We can only hope that Çağatay’s colleagues in army are “friends” with social networks and will please us with a photo of an actor during his military service. However, where the actor will serve is not yet known.