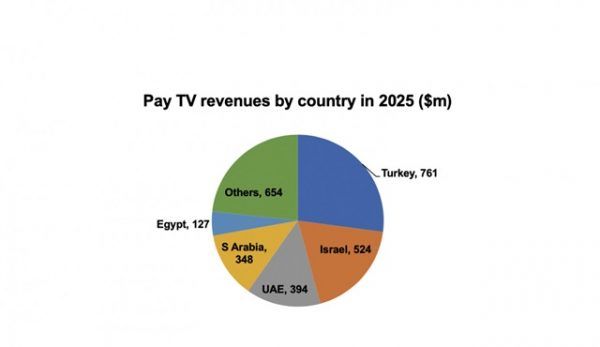 According to a study by Digital TV Research, by 2025 the income of Internet platforms in the Middle East will be distributed as follows.

As we see, Turkey will be a leader. The revenue of digital platforms in the country will be $761 million. And this is only Turkey, without taking into account the demand for Turkish series in the world (the experience of the series The Protector clearly showed that foreign viewers watch Turkish shows even better than the Turks themselves).

Recall that last year the export of Turkish TV shows amounted to $500 million, that is, the production of TV shows and films for digital platforms may be more profitable than their placement on free television with subsequent sale abroad. This means a sharp increase in the share of online TV series, the withdrawal of leading producers and actors from free TV  and a complete change in the television “landscape”. Cheap series will remain on television, but major projects will be done exclusively for platforms. Within two years, the Turkish market is expected to have nine major digital platforms, including leading global brands (Netflix, Amazon, Disney, Apple+, HBO, NBC)