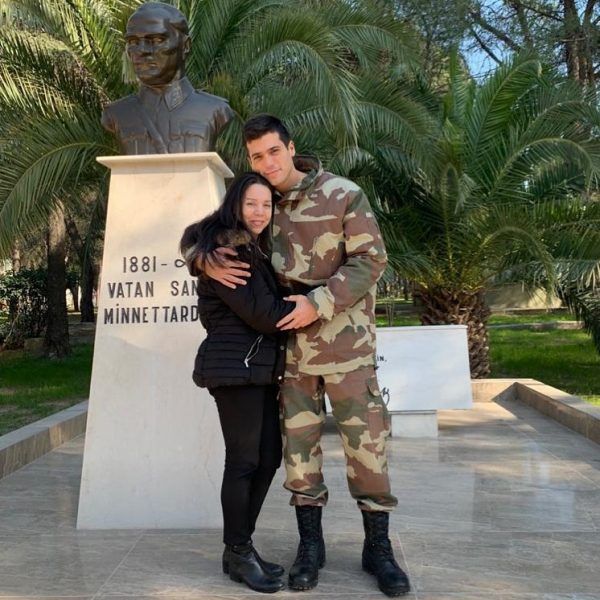 On January 25, Can Yaman completed his military service, taking the oath and giving his fans a beautiful photo. What awaits the actor next?

As you know, the winter military conscription in Turkey turned out to be full of stars who should serve their country. Among the actors who became soldiers are Çağatay Ulusoy, Furkan Andiç, Yusuf Çim, and Can Yaman. The latter served in Izmir and, to the delight of many fans, successfully completed the military service on January 25. Over the 21 days of military duty, only a couple of photos of Can in military uniform appeared as the actor decided to shy away from social networks for a while, bearing in mind that every word and photo could be misinterpreted by unceremonious Turkish journalists.

According to tradition, military service ends with the solemn oath-taking ceremony, which was attended by the parents of a young soldier. Can posted on Instagram a photo in front of the bust of the founder of the Republic of Turkey, Mustafa Kemal Aaturk, signing it “My Dear Mom.” Fans of the actor were amazed how much younger he was, it was worth getting rid of his beard. The actor’s mother was especially admired. She looked so young for the mother of her 30-year-old son.

We remind you that in the near future, Can Yaman is going to leave for Italy to join the reality show Survivor, that he will host. And in the fall, he is waiting for work in the new series of Gold Film. In the coming months, viewers will vigorously discuss who will become the co-star of the actor, and also hope that his new project will be as successful as the previous one.