A hard blow for Can Yaman 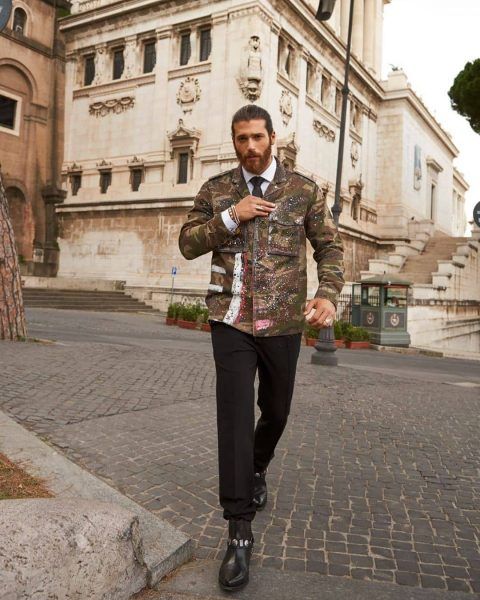 Fans of Can Yaman got another heavy blow! The career of favorite actor on the verge of complete collapse! What happened?

A few months ago, Can Yaman was one of the most promising young stars of Turkey. He received recognition due to his work in the summer romantic comedy The Daydreamer / Erkençi Kus not only in Turkey, but also abroad. However, everything changed after a series of unsuccessful statements by the actor in the press. His brilliant career and future show, that was produced by producer Faruk Turgut, were compromised.

After all, Gold Yapim company decided to cancel the series Can Borcum starring Can and started preparing a new summer romantic comedy Who is afraid of treacherous love / Kim Korkar Hain Aşktan. Many foreign fans of the actor hastened to announce that he would become the protagonist of the new show, but producer Faruk Turgut took a break and did not sign an agreement with Can for a new project.

Another blow for the actor came from Italy. According to Italian sources, the television channel Canale 5 abandoned the idea of ​​inviting Can to the reality show The Island of Celebrities / Isola dei Famosi 2020. Working with international companies could help the actor cope with the crisis in his homeland, however, alas, this did not seem to happen. Perhaps  the start of his new series Love in Spite / Inadina Ask in Spain will help. However, we recall that the show was not very successful in Turkey and was finished because of low ratings. The most unpleasant surprise for the Spanish spectators will probably be the fact that the series does not have a final, it was just left to shoot halfway.

While Can Yaman is silent and does not announce his future plans. Perhaps the producer Faruk Turgut will still take a chance and invite him to a new summer series, that could save the actor’s career. If this does not happen, Can will have to consider offers from other companies. The complexity of the situation is that there are only a few large producers of series in Turkish show business, who create high-quality projects. But they do not like to take risks and are unlikely to invite an actor with a tarnished reputation. Smaller producers sometimes make hits, but more often their shows fail so while Can Yaman’s career is very disturbing.