Serenay Sarikaya, who was spotted at Istanbul Airport upon returning from Athens, confirmed her relationship with Cem Yilmaz. “What can I say, everything is as you see,” the actress admitted. They returned separately, as Cem had a job

Producer Faruk Turgut canceled the summer series Who is Afraid of Treacherous Love / Kim Korkar Hain Aşktan, which he was preparing for TV channel D 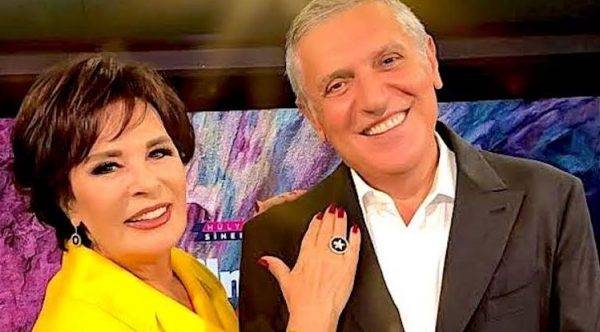 The premiere of the detective series Alef starring Kenan İmirzalıoğlu on the Blu TV platform is scheduled for April this year.

After the United Arab Emirates and Saudi Arabia, another country decided to join the boycott of Turkish TV shows. Mufti of Egypt issued a fatwa prohibiting the viewing of Turkish serial production

According to the Turkish press, the millionaire Onder Firat finally reconciled with his daughter and made peace with his son-in-law Mert Firat. The family went to London to celebrate reconciliation. Recall that Mr. Onder was not present at the wedding of his daughter and was categorically against this marriage.

Alp Navruz on the set of the series Simurg / Zumrudu Anka

Hande Erçel and Murat Dalkiliç attended a wedding of the friends

Tamer Levent signed an agreement with NTC Medya to work on the TV series Maria and Mustafa / Maria Mustafa for the ATV channel. Filming will begin in Cappadocia in early March. The director is Faruk Teber. The scriptwriter is Mahinur Ergun. Who will play the leading roles in the series is not yet known.

The first teaser of the new series Teacher / Öğretmen viewers will see this Thursday during the screening of the series Miraculous Doctor. The show will be aired on Fox TV in March on Tuesday

Yurdaer Okur joined the cast of the TV series The Ottoman / Kuruluş Osman, where he will play the Mongol commander