According to Birsen Altuntash, the shooting of the film Eflatun starring Kerem Bürsin and İrem Helvacıoğlu begins tomorrow

Ferzan Hekimoğlu joined the cast of the series Hercai. She will play the role of French Dennis, who will appear in the 32nd episode. As it turned out, Dennis is Miran’s former girlfriend. Filming with Ferzan began tonight

Burcu Ozberk admitted that she dreams of working in an online series. Firstly, because there are more comfortable working conditions and the scenario is known in advance. And secondly, because there you can do what cannot be done on open television.

Hazal Kaya advises: If you not try, you will not know

Burak Çelik joined the series The Ottoman. He will play a character named Kongar

Tabloid Takvim reports that Kıvanç Tatlıtuğ is not going to work this summer, but is going to actively relax, taking part in the Harley Davidson European tour. The newspaper even made a schedule of the Kıvanç’s route in Europe. However, the funny thing is that the journalists did not bother and reprinted their own news, that they gave in … 2013.

Kaan Urgancioğlu on Sunday will take part in the program Watch who dances / Mira Quien Baila, that is broadcast on the Spanish-language television channel Univision in the United States.

Turkish media hastened to report that Can Yaman allegedly began to date the stylist Gulsan Saraçoğlu. It was alleged that the couple met at one of the private parties. However, according to a Posta publication, Can stated that he did not know at all who Gulsan was.

New sensation in social networks. Kaan Yıldırım and the most popular singer Hadise took a photo with the same dog, after which the Turkish media started talking about a new couple

One of the close relatives of Fahriye Evcen posted a message stating that her father Ramazan Evcen died last night in an Istanbul hospital.

According to Aksam, Çağatay Ulusoy decided to upload songs of his own composition on the official YouTube channel. Note that the channel has existed since 2014, but was rarely updated. It seems that everything will change soon. 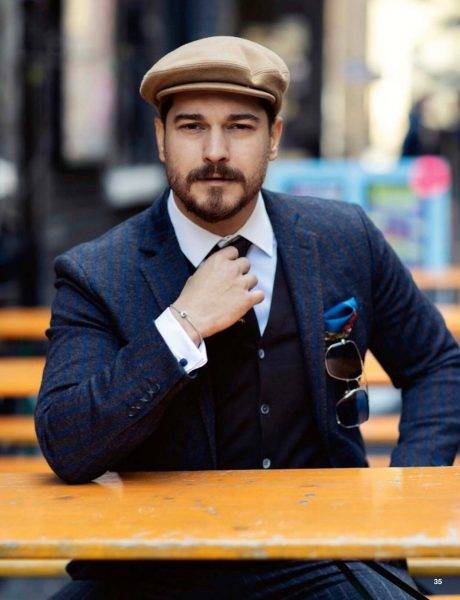 Kerem Bursin, whose filming begins this week, has signed a contract with a sportswear brand

A Cold War broke out between business partners Muzafer Yıldırım and Cem Yılmaz. And the cause of the conflict is Serenay Sarikaya. As it turned out, Serenay used to date Mr. Yildirim and he was offended by his partner, with whom he produced the film “Black Comedies”

Tolga Sarıtaş in his latest interview said that he is currently resting, playing sports, reading, he has no new projects yet.

İrem Helvacıoğlu has so far taken a short pause and does not seek to get into the first proposed project. A film with Kerem Bursin is a great option for a little “respite”.

According to Turkish media there was a scandal on the set of the series Bir zamanlar Çukurova. As a result, Murat Unalmis and Ugur Gunes unfollowed Hilal Altinbilek on Instagram. The actress herself hastened to move to another hotel so as not to meet partners outside the set.

Hande Erçel and Murat Dalkiliç at a wedding of friends