Hakan Muhafiz / The Protector: surprises of the 3rd season 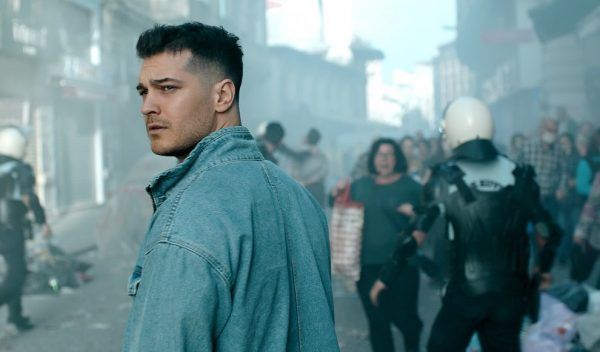 Fans of the series Hakan Muhafiz / The Protector have finally received a nice surprise. The third season, that we had to wait almost a year, will finally be released in March. And surprises don’t end there!

On Thursday, February 13, Netflix released the official trailer for the 3rd season of the series The Protector. While according to preliminary information, the premiere of the series was supposed to take place in late March, Netflix announced that it was launching the show on March 6th. Recall that the second season of the first Turkish Netflix series was released on April 26, that is, almost a year ago.

In the 3rd season, Hakan Demir will have to fight with the dangerous virus that his brother Levent spread. Nisan (Funda Eryiğit) and Burak (Taner Olmez) will help him. Moreover,  there is an immortal on his way who wants to bury Istanbul by the power of his 600-year-old anger. Hakan will have to survive the journey between past and present.

The most discussed event of the new season was the appearance of Taner Olmez, who had already starred with Çağatay Ulusoy in the TV series Tide / Medcezir, where they created an unforgettable male duet. Given that another Medcezir’s star, Hazar Ergüçlü, also starred in The Protector, social media users joke that they will see not only the 3rd season of the Netflix show, but also the 3rd season of their favorite youth series.

Also, users of social networks point to an amazing coincidence. In the series, that was shot in the spring and summer of last year, Hakan is fighting a dangerous virus, which is especially true right now, when the world is faced with an epidemic of coronavirus. And Burak performed by Taner Olmez helps him in this fight. Right now Taner plays in the hugely popular series Miraculous Doctor about the brilliant doctor Ali Vefa. Jokes that Dr. Ali Vefa will save the world from coronavirus are surfing the Internet.

Of course, the audience was not indifferent to the fact that the sweetheart of Hakan Zeynep was alive. However, it seems that she will again have to fight for the heart of her unreliable boyfriend with a new rival. For now The Protector of Istanbul seems to be not a superhero but a superlover.

We remind you that while The Protector is the most popular Turkish Netflix show in the world, that the new shows released recently by the platform have not been able to bypass. Time will show whether the series will  preserve leadership in the new season.