The state television channel TRT1 officially announced that all the shows of the channel on which the filming continued go on vacation for 2 weeks.

Grandmother of Pinar Deniz was hospitalized because she had serious breathing problems. Doctors suspect coronavirus. Pinar and all relatives who contacted the patient were taken under the supervision of doctors who check the diagnosis. Pinar warned everyone about the danger of infection from the hospital.

While sector workers expected the state to intervene and prohibit filming of series in such a difficult situation, since the greed of channels and producers did not allow this, the state censor RTUK … thanked the producers, directors and actors for their “courage” and for that they work in conditions of increased danger. Special thanks went to the management of the ATV channel.

Şükrü Özyıldız misses working in the musical “Alice in Wonderland”. We remind you that the performances were interrupted and are unlikely to resume in the coming months.

The well-known journalist Ranini decided to personally inform about the Netflix top for today.

It was expected that the team of the series The Bandits / Eşkıya Dünyaya Hükümdar Olmaz will return to work on Friday, but the producers decided to resume work today.

Alma Terziç, known to the audience on the TV series The Ottoman, married Murat Saraçoglu and also obtained Turkish citizenship. Her husband is the director of the popular Turkish TV series The Bitter Lands.

After the MIPTV Cannes media content exhibition was canceled, its organizers developed an alternative version of MIPTV ONLİNE +. A site with video content that was supposed to be sold in Cannes will be available to registered exhibitors for several months. Thus, they will be able to choose the video products to buy, without leaving home.

Meltem Miraloglu officially divorced her American spouse, who was 48 years older than her

The series Sen Anlat Karadeniz continues to cause great interest among Spanish viewers. On March 18, the audience of the show was 633 thousand spectators and 3% share. The project leads the ranking table of Turkish TV shows, which are shown in Spain. Like in Italy and France, the Spaniards are locked at home, so good numbers are not surprising. 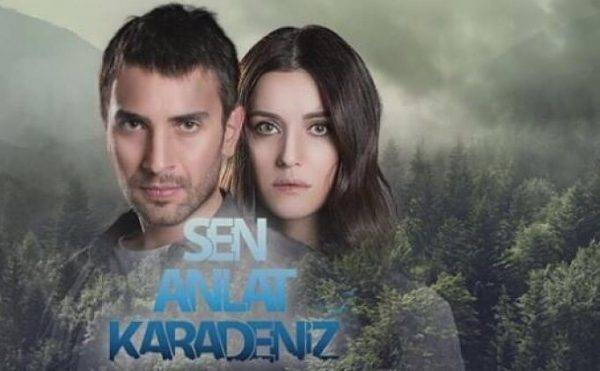 According to Turkish bloggers, filming the series of companies MF Yapim and Medyapim Forbidden Fruit, the Miraculous Doctor and Dam was stopped because of the threat of coronavirus.

Filming the TV series TRT1 Champion, The Last Emperor and My name is Melek suspended because of the coronavirus.

According to Birsen Altuntas, the Tims & B project, in which Dilan Çiçek Deniz should star is being prepared in collaboration with the Spaniards. And this is not the series that Hande Erçel signed up for, these are two different projects. Now work on the series is temporarily suspended because of the coronavirus.

Can Yaman on the cover of the Bosnian magazine Azra

Hande Erçel in quarantine has found what to do

Ozge Torer admitted that she was very pleased to work with Burak Özçivit. He is a very good partner, a professional, but most importantly – he is a good person. He never treated her like a beginner, did not neglect the advice, supported her, shared his experience. It helps her a lot in her work.

I wonder how many actors after the current crisis will go to digital platforms that massively stopped shooting their series, taking care of the staff?

Alp Navruz complained of a cold … in pure Russian.