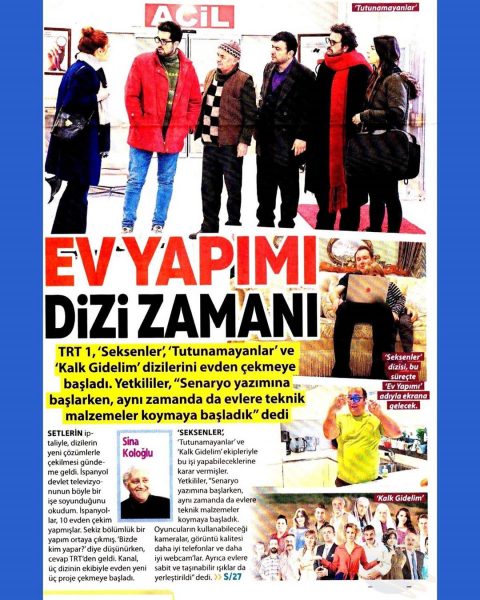 State television channel TRT1 began production of TV shows at home. A limited number of film crews shoot projects right at home, while the actors have to be not only on the screen, but also behind the scenes. The directors work with the group remotely.

As it became known, three projects are being prepared at once by the teams of the series Eighties / Seksenler, The Expendables / Tutunamayanlar and Get up, go / Kalk Gidelim. The production company ES Film, that made the series The Last Emperor / Payitaht Abdülhamid for the state channel are also preparing new show. The first “home production” Ev Yapımı will be released this Thursday. Two more new projects will be aired next week.