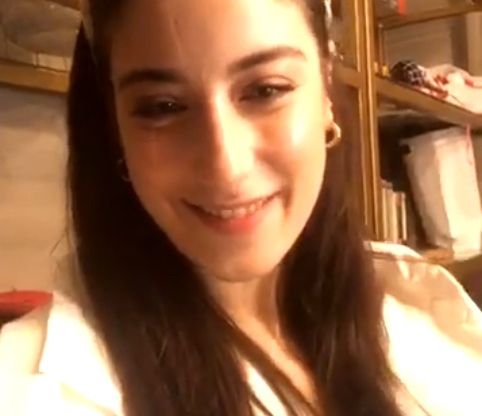 Hazal Kaya’s fans are eagerly waiting for their favorite star to return to the Turkish screens after the birth of her son. In her last interview, the actress promised that it would be very soon!

Prominent designer Tuvana Bukçinar interviewed Hazal Kaya on Instagram. The actress noted that it was very important for her to remain sincere in every role. Turkish audiences do not accept falsehoods and prefer realistic characters and projects.

Regarding her star status, Hazal noticed that her mother always “lowered her to the ground,” kept her from startling, kept her from getting the glory to her head. Now she understands how important it was. Hazal admitted that she’s always trying to touch people’s hearts with her acting. That’s what’s most important to her.

Hazal also confirmed that she was supposed to be in the new film in the summer, but due to the epidemic filming has been postponed indefinitely, and she does not know when work will resume. It will be recalled that according to the Turkish media, in the new film Hazal will act not only as the lead actress, but also as one of the screenwriters.

Of course, fans of the actress wanted information about Hazal’s new work on television. However, the actress has yet to announce when she will return to the Turkish series and whether she has accepted an offer to work on projects to be made for Netflix. It’s not surprising, though. We remind you that the platform’s policy requires that only Netflix PR managers make such announcements at a specified time. So if Hazal chose a new Netflix project, we’ll know about it only when digital platform considers it’s possible to make an official announcement and not before.

In what film will we see the beloved actress? When will she return to the Turkish screens and what character is she going to play? We’ll know all that after the quarantine is over.