Why does Beren Saat not want to work in Turkish TV shows? 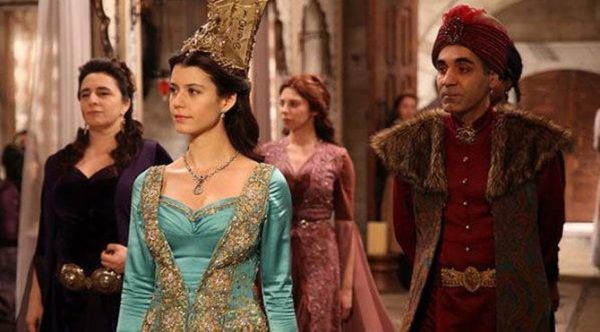 Will we see Beren Saat on Turkish television? Does the star have a new series? These questions sound more and more often, but alas, we cannot please fans of the actress. Why doesn’t she want to return to Turkish TV shows?

Beren Saat is one of the most beloved and popular Turkish actresses who has not appeared on free television for a long time. The star prefers to work on digital platforms (the Netflix Atiye / The Gift series was her last work) and, as it turned out, this is no coincidence. Why does Beren refuse the offers of Turkish producers?

In her latest interview with Based Istanbul, Beren Saat admitted that she recalls the time of the filming of the series The Magnificent Century. Kesem as the most unpleasant period. However, this has nothing to do with low ratings. The main reason is RTUK’s censorship’s interference in the creative process.

Due to the fear of sanctions, the scriptwriter changed scenes, the director did not want to shoot scenes written by the scriptwriter, the channel did not want to broadcast scenes that were already shot. A particular problem was the scenes with the children, each time they had to show them with fear of something the censors would not like. The show slipped away. What she didn’t want to do in the series after working at Kesem was related to this, it was a kind of challenge to a system that suppresses creativity.

The situation with state censorship on Turkish air is becoming increasingly difficult, so we are unlikely to see Beren Saat in Turkish TV shows again. However, she will certainly please us with her work on digital platforms.