The Gift series has begun filming a new season 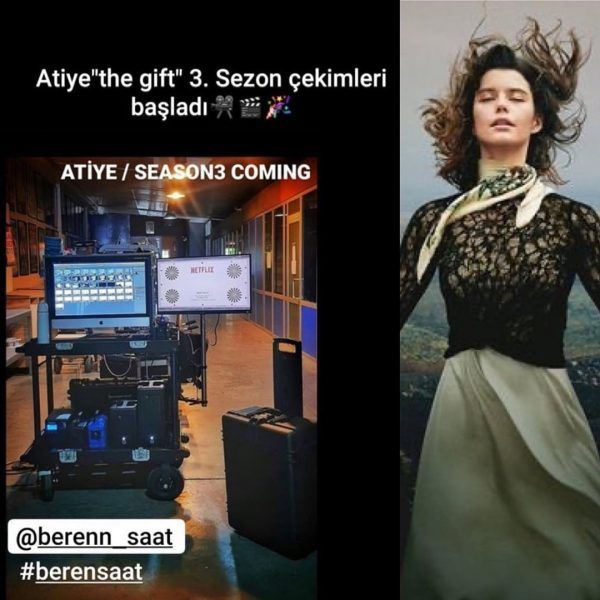 Great news for all fans of the Netflix series Atiye / The Gift. Filming of the project has already started and the audience will see the new season in a month and a half. We got the details you wanted to know!

Last December, Netflix presented the audience with the second original TV series Atiye / The Gift, which aroused great interest among the Turkish viewers due in large part to the magnificent cast. The second season of the project was completed at the same time as the first and will be released on the platform in September.  Thanks to the success in Turkey, the platform ordered a third season, which will be the final one.

Of course, there was some criticism of the series. It turned out to be not so successful among international viewers as the previous work of the producers – the series Hakan Muhafiz / The Protector. Besides, the quality of the picture was not the best. Listening to criticisms, producer Onur Güvenatam shifted his energies to The Gift’s third season.

In the new season, we will see again our favorite actors: Beren Saat, Mehmet Günsür, Metin Akdülger and Melisa Şenolsun. However, the story will change completely. The script team was replaced, the third season will be done by the scriptwriters of the series The Protector Atasay Koç, Cansu Coban and Meriç Aslan. The new director of the project Burcu Alptekin previously worked on the third season of The Protector. The new cinematographer Gökhan Tiryaki also worked on The Protector.

On July 14, OGM Pictures began filming the third season of the series in Mardin. The team has been strengthened, and there is no doubt that we will get excellent work, which will be demanded not only by the Turkish but also by the international viewer.