The Barbaros series was prepared for three years 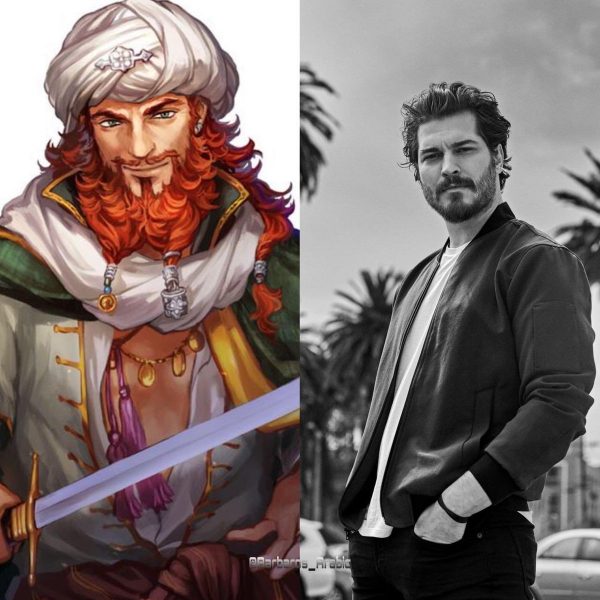 The series about the national hero, pirate, the chief admiral of the Turkish fleet, Hayreddin Barbarossa, began to be developed by the TRT1 television channel in early 2017.

Then the project was prepared by the main specialist of the TV channel on historical projects Mehmet Bozdağ. On November 5, 2017, he officially announced preparations for the TV show. However, after the final of the series Resurrection Ertuğrul Mr. Bozdağ left the channel TRT1, which retained the rights to develop Barbarossa. The idea of ​​filming the life of the famous pirate was so exciting that Bozdağ announced that instead of the series he would make the films about Barbarossa, the first of which was supposed to be put into production this summer (because of the epidemic it is not yet known whether these plans will come true).

TRT1 tried to find a new contractor and even held negotiations since December 2019 with Gold Film. At the same time, ES Film began preparations for a series on the life of Yavuz Sultan Selim for the state television channel. It seems that the management of the TV channel realized in time that Faruk Turgut could not cope with such a large-scale project, while ES Film already has experience in prodicing historical shows. The series about Yavuz Sultan Selim was postponed and the producer Yusuf Esenkal signed an agreement with TRT1, having received a huge budget.

In addition to his experience in two historical series (Filinta and The Last Emperor), Yusuf Esenkal has experience in the United States, which in this case is quite relevant. The complex special effects on water and the filming of naval battles are the main problem for the producers. The Turks did not have the appropriate equipment and specialists in special effects, the producer probably had to turn to his Hollywood colleagues for help. There were even rumors that digital platforms (Netflix, HBO) were ready to provide their resources in exchange for the exclusive rights to broadcast the project abroad, but the idea of ​​losing the right to sell a potential hit abroad did not attract TRT1. Apparently, they decided to do with their own resources, since they are state-owned.

The name Çağatay Ulusoy as a pirate Barbarossa first appeared at the beginning of 2018, that is, even before filming in the Netflix TV series “The Protector”. The Turkish press for two years wondered why the actor is getting fat and grows a beard in between filming of the Netflix show and now, it seems, received an answer. The pirate was a bearded man, and he was in considerable physical shape. Moreover, Çağatay mastered the art of riding (he bought a horse), archery, throwing an ax. Whether Çağatay can handle a blade we have not yet seen, however, it is not difficult to assume that the actor first learned the art of fencing.