Journalist Sina Kologlu reports that the shooting of more than 60% of the TV shows in the world were postponed to next year, work stopped. However, this does not apply to Turkish television production. The industry intends to resume work in the summer as if there was no coronavirus. Producers try not to think about the likely poor development of the situation and hope for the best.

Actor Ilker Axum live on Instagram made an interesting confession. It turns out the series 20 minutes / 20 Dakika was ordered by one Arab sheikh. An order for 30 episodes was completed, despite the fact that the ratings of the series were very low.

Ay Yapim intends to resume work on adapting the famous novel Madonna in a fur coat / Kürk Mantolu Madonna. It is assumed that the film may be released in 2021.

Behind the scenes of the series Love 101

Bige Onal is not a standard beauty, but a very nice woman. Besides she is a good actress

The famous singer Tarkan pleases his fans with new photos

Hande Ataizi, who was noticed on a walk in the park with her son, made a statement that she likes Kenan İmirzalıoğlu and that she has no problems with him. The previous statement that Kenan was unable to play was a bit out of place

Afra Saraçoglu, who has been dating Mert Yazıcıoğlu for a long time, admitted that the secret of their relationship is understanding, consent and the time they devote to each other. People in love should talk about everything. Romantism will not hurt, although in life she is a pragmatic person

According to Turkish media, Bergüzar Korel and her sister Zeynep had a long telephone conversation, after which the ice between them melted. Zeynep Korel also reconciled with her mother 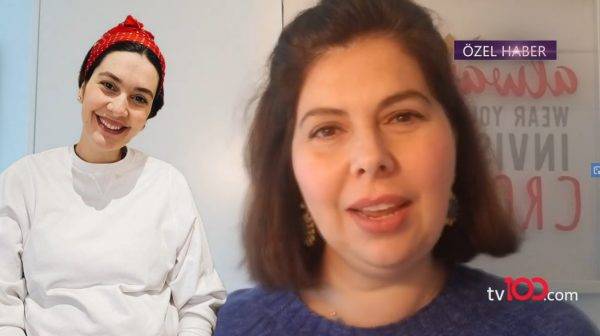 According to the tabloid Takvim Kıvanç Tatlıtuğ and Başak Dizer are going this summer to spend some time in the Kabak Koyu detox camp, and then, having sanitized their yacht, they will cruise to the islands of the Aegean Sea.

Netflix begins shooting the series Fatma. The name of the actress who will play the serial killer will be announced today or tomorrow.

The film One ticket for two / Yarına Tek Bilet will be released by Netflix on June 19, but so far the platform has not given the promo of the first Turkish movie, but even did not bother to release the the teaser.

Berrak Tüzünataç and her beloved Berk Suyabatmaz decided to spend holidays in Cesme and Bodrum. Despite restrictions in Turkey, the couple received special permission from the authorities

Hazar Ergüçlü has a great mood. Coming soon to work?

Daughter of the Ambassador / Sefirin Kizi

Filming for the popular comedy series TRT1 Get Up, Let’s Go / Kalk Gidelim will resume in June. When the project goes on air is not yet known

Get Up, Let’s Go/ Kalk Gidelim

Burcu Kiratli became a real star in Pakistan after the success of the Ertugrul Ghazi series. The actress thanked the audience for their love and support. Rumor has it that one Pakistani company offered Burcu the advertising contract and after the end of quarantine she will go to shoot a commercial

Can Yaman is preparing to return to the screens in the new series Mr. Wrong. After talking with reporters, the actor said that he was very happy to work with Ozge Gurel again, they perfectly understand each other and have already worked before.