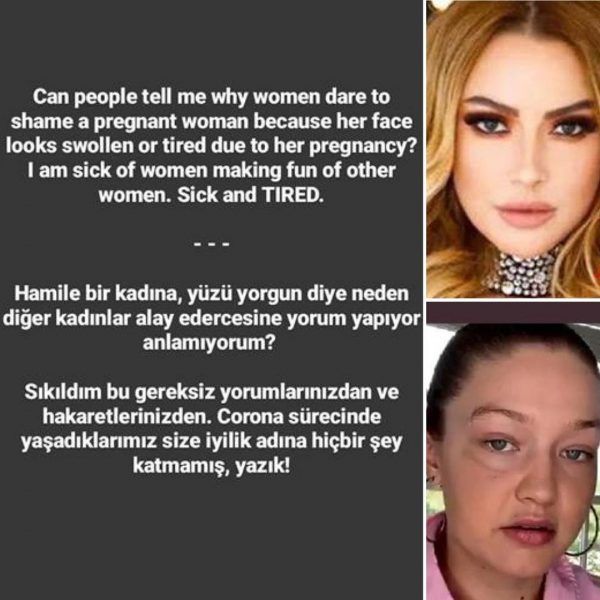 After Gigi Hadid published her photo, which clearly shows that she is not having a good pregnancy, jokes like “Now, Cansu from the series The Girl named Feriha” can work as her understudy” showered in social networks. The famous singer Hadise angrily reacted to such indecency, saying that she does not understand how people, especially women, can insult a pregnant woman because her face looks tired and exhausted due to her pregnancy. She is disgusted when women laugh at women. It’s nasty and outrageous.