Jessica May spoke about the film of Çağatay Ulusoy 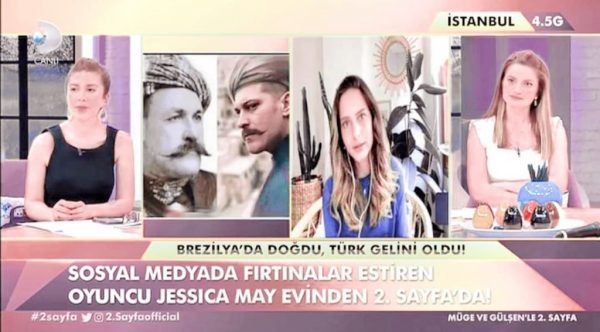 Jessica May spoke about the film of Çağatay Ulusoy

Actress Jessica May in her latest interview for Channel D admitted that she didn’t know who would be filming the series Koca Yusuf. She received an offer to play the Frenchwoman Erica, and she agreed. Only later did she find out what name is behind the project. At that time, there was a set of cast members. She doesn’t know what happens with the film now, apparently the producers are waiting. Recall that the role of Koca Yusuf will be played by Çağatay Ulusoy.

Note that in an interview, Jessica said about the series, then about the film. Most likely, she made a mistake, since Çağatay already has two TV Shows and how he can star in the third one is not entirely clear. But it’s known that he will shoot the film Free Goldfinch as a director and screenwriter, and will also become a co-producer of the OGM Pictures film for the digital platform. Most likely, this is precisely the movie about Koca Yusuf, since it is too bold to assume that Çağatay has three films in development.