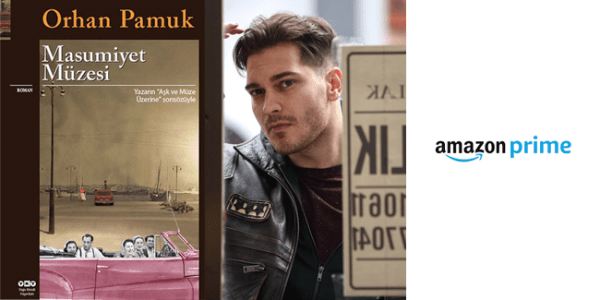 The famous journalist Sina Koloğlu reports that the first original Turkish Amazon series  will be the adaptation of the novel by Orhan Pamuk the Museum of Innocence / Masumiyet Müzesi starring Çağatay Ulusoy. According to him, Eric Barmak, who will be the main producer of the project, intends to further adapt the books of famous Turkish writers to an international audience.

Moreover, Turkish producers also joined this process, preparing their own adaptations of literary works. Mr. Koloğlu recalls that among the already existing adaptations there are such magnificent projects as Leaf Fall, Forbidden Love, Calikusu and others. The journalist contacted the famous copyright agency ONK Ajans and its director Mehmet Karaca (he sold Netflix the right to adapt the novel Karakalem).

According to Mr. Karaca, during quarantine, he made about 40 presentations of various books through the Zoom application for Turkish and foreign producers. Among the works they were interested in are the classic authors (Suat Derviş, Kemal Tahir, Nahid Sırrı Örik, Muazzez Tahsin Berkand) and works by contemporary authors (Cüneyt Ülsever, Mahmut Şenol, Gülayşe Koçak, Hasan Gören). First, adaptations of literary works are intended for digital platforms.