Ozan Güven beat up his girlfriend 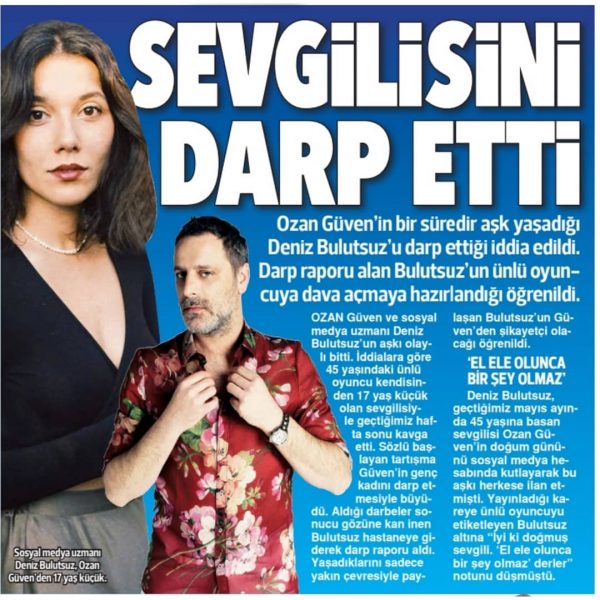 Ozan Güven beat up his girlfriend

According to the Hürriyet, Ozan Güven beat up his girlfriend Deniz Bulutsuz, who is 17 years younger than him, during a quarrel. Having received serious injuries, the girl was taken to the hospital, where a report was drawn up, after which she turned to lawyers who are preparing to sue Ozan.

Deniz Bulutsuz confirmed the information that on June 13 in the morning she was subjected to severe physical violence from her boyfriend Ozan Güven, which lasted more than an hour in her own home. The girl said that she would fight for her rights with the help of the law. Until now, she remained silent and did not want to publicize the incident.

Deniz was supported by Hazal Kaya and Demet Ozdemir. Turkish media are wondering if this case will be as devastating for Ozan Güven’s career as similar incidents with his colleagues? Note that anger management is not Ozan Güven’s greatest strength. It seems that the actor has the same problems in his personal life as in the professional.