Kerem Bürsin: I’m not in love with Hande! 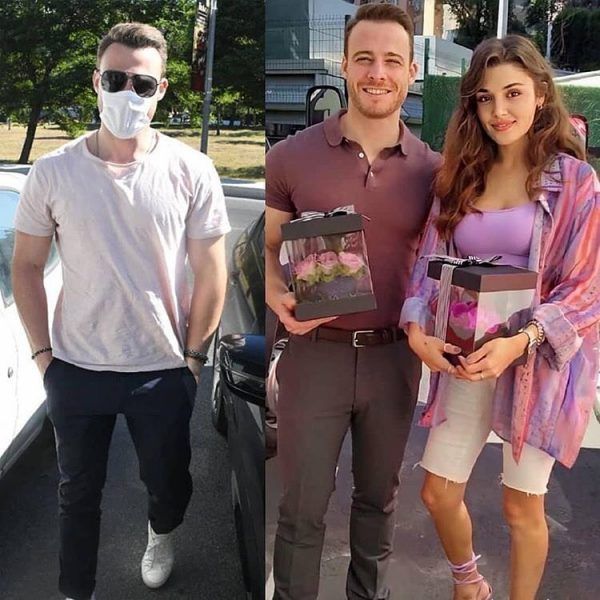 Kerem Bürsin finally broke the silence and explained the relationship between him and Hande Erçel. And what does he think about the famous kiss scene on “Knock on my door” / Sen Çal Kapımı series. So what did Kerem say?

After the success of the series “Knock on my door” and especially the breakup of the lead actress in the romantic comedy Hande Erçel with former boyfriend Murat Dalkılıç, Turkish social networks were overwhelmed with information about alleged romantic affair between Hande and Kerem on the set of the show. The actor chose to stop unnecessary gossip by explaining how things were really going.

The day before, journalists were able to talk with Kerem Bürsin in the Istinye Park shopping center. He denied allegations that his co-star broke up with her sweetheart because of the kiss scene in the series. As Kerem stated, this is stupid, but he will not discuss such things. He is confident that Murat is a professional and knows that they are just doing their job. This is a script, not life. The actors do what the director asks. No need to mix fruits and vegetables. These things are very upsetting to him. And that employee who posted the working moment of the kissing shoot on the web was very unprofessional.

When asked if his heart was free, Kerem Bürsin answered in the affirmative. His heart is open to work and family, but he has no one in his personal life. Recall that after breakup with his beloved Serenay Sarikaya Kerem has been alone for a long time and is in no hurry to start new relationships.

READ  Kerem Bürsin confirmed the information about the new show

Alas, the dreams of fans that serial love became real did not seem to be confirmed. Kerem and Hande are great friends, but there is nothing else between them.