The success of the series My daughter in the USA 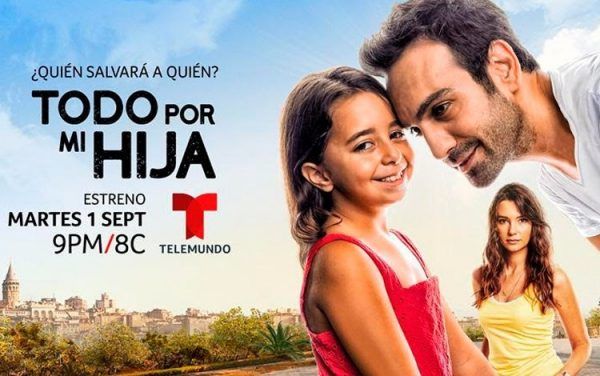 The series My Daughter / Todo Por Mi Hija in the second week of airing in the United States became the leader of broadcasting on Telemundo, America’s largest Spanish-language television channel.

The series has an audience of 1.4 million viewers and is the leader of prime time. We will remind that earlier the Turkish series Endless Love also won the lead on the US Hispanic TV channel. It seems that Turkish projects are slowly but surely taking over the initiative from the usual Mexican soap operas. But American viewers have yet to see the best TV shows.