The humble US debut of the series The Daydreamer 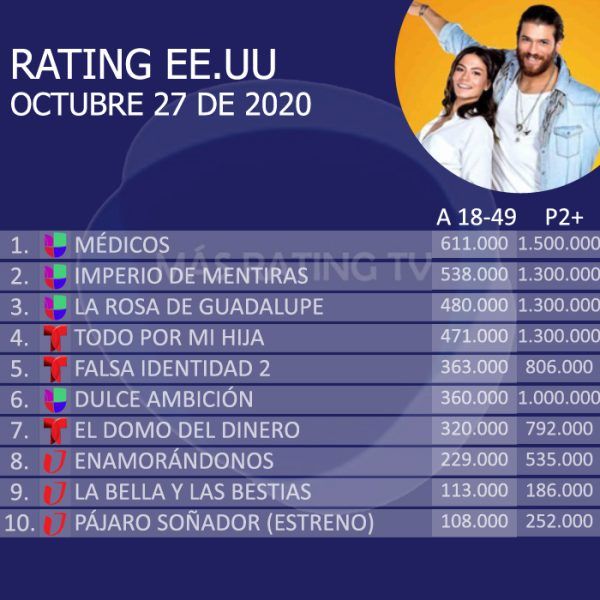 The premiere of the series The Daydreamer / Pajaro Sonador in the United States did not arouse much interest among Hispanic Americans. The series attracted 252 thousand viewers, of which 113 thousand were between the ages of 18 and 49.

For comparison, the series My Daughter / Kizim starring Bugra Gulsoy and Beren Gökyıldızis one of the leaders of the Hispanic broadcast in the United States with 1.3 million viewers, of which 471 thousand are between the ages of 18 and 49.