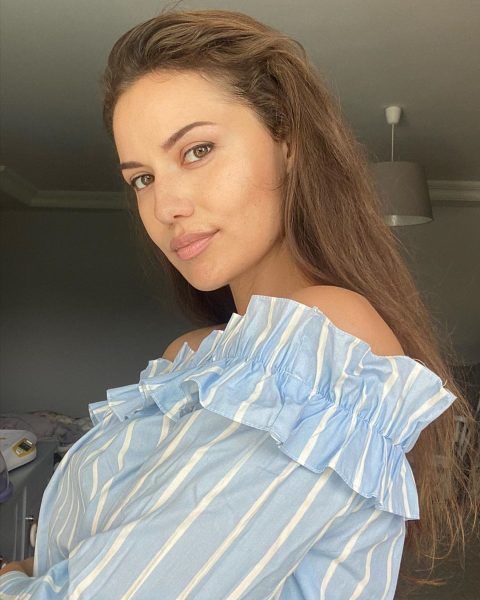 Will Fahriye Evcen return to Turkish screens? Is it true that the actress asked for a fabulous fee and set conditions for the producers? Burak Özçivit’s wife answered these questions personally.

Last week, the Turkish press released headlines saying that Fahriye Evcen, who had taken a career break to become a mother, had decided to return to the set after her son Karan was two years old. Fahriye was said to have received over 10 offers, some worth 130,000 Turkish lira per episode. At the same time, the actress allegedly set a condition on the work schedule. She can work 4 days a week, since the main thing for her is baby Karan. She also asks to take additional security measures against coronavirus.

The couple decided to explain these rumors in person to Turkish journalists. Fahriye has confirmed that she is considering offers to work in the series. She doesn’t know if she’s going back to television or if it’s going to be a digital platform, as long as it’s an interesting project. Of course, Burak also has his say when choosing a future TV show. But the information that she is asking for a lot of money for the episode is not true. Negotiations have not yet reached this stage, she is considering scenarios.

Thus, next year, fans of the star are likely to receive good news and see their favorite actress on the screens. Whether it will be television or a digital platform, we will find out very soon.