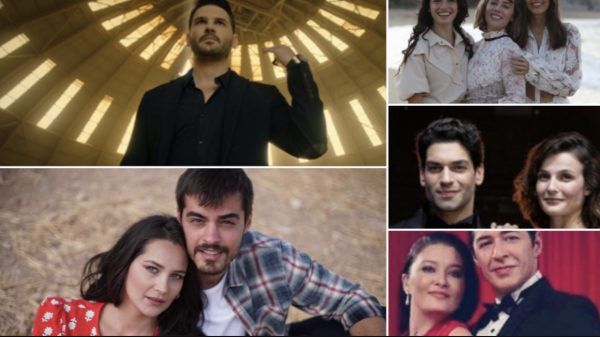 The Turkish show business, which operates in conditions of eternal time pressure and fierce competition, does not stop producing television shows even in an epidemic. In October, Turkish viewers will receive a new batch of the series. Some of them will remain on the air for a long time, others will be mercilessly canceled if they do not interest the capricious viewer. So what TV shows are waiting for us this month?

Word of honor / Şeref Sözü. Produced by TIMS & B. Starring Tolgahan Sayışman, Sude Güler, Öykü Çelik and Hülya Darcan. Broadcast channel – Show TV. This is the story of a rich man, Yaman Çеlebi, who will keep his word of honor once given to his savior. His destiny will be joined with that of the beautiful Isra in a passionate and complex love story.

Heart Mountain / Gönül Dağı. Produced by Köprü Film. Starring Berk Atan and Gülsim Ali. Broadcast channel – TRT1. This is the story of three cousins ​​who are trying to achieve their dreams, despite all the obstacles that await them along the way. The script is based on stories by Mustafa Çiftci.

Flame / Alev Alev. Produced by Ay Yapim. Starring – Demet Evgar, Dilan Çiçek Deniz, Hazar Ergüçlü, Berker Güven, Cihangir Ceyhan, Berkay Ateş. Broadcast channel – Show TV. This is the story of three women, whose fate will be joined by fire. Cemre, who is trying to escape from her tyrant husband. Ruya, who will face the harsh truth of life. Çiçek, who will lose her beauty and herself.

Childhood / Çocukluk. Produced by Medyapim. Starring Erdal Beşikçioğlu, Beren Gökyıldız, Burcu Özberk and Kübra Süzgün. Broadcast channel – Fox TV. This is the story of a girl whose mother was imprisoned. Once in the shelter, she finds friends who will help her overcome the bitterness of losing a loved one and find a second family.

Atonement / Kefaret. Produced by 25 Film. Starring – Nurgül Yeşilçay, Mert Firat and Yurdaer Okur. Broadcast channel – Fox TV. This is the story of a happy family whose life changes after one event.

Raider / Akıncı. Produced by NTC Medya. Starring Şükrü Özyıldız and Büşra Develi. Broadcast channel – ATV. This is the story of a modern hero named Fatih who defends Istanbul. His struggle dates back to Ottoman history. On his way, he meets not only enemies, but also great love.

My left side / Sol Yanım. Produced by BKM. Starring – Tolga Mendi, Özge Yağız, Cansel Elçin and Cemre Baysel. Broadcast channel – Star TV. A youth drama from a screenwriter who has worked on shows like The girl named Feriha and Forbidden Fruit promises us a passionate love story amid social inequality.

Which of the starting series will stay on the air, and which will be completed ahead of schedule due to the dropped ratings. Maybe one of those projects will be the one that’s in the Gold Fund of Turdizi?  We will find out about this very soon.