The series New Life got a second chance 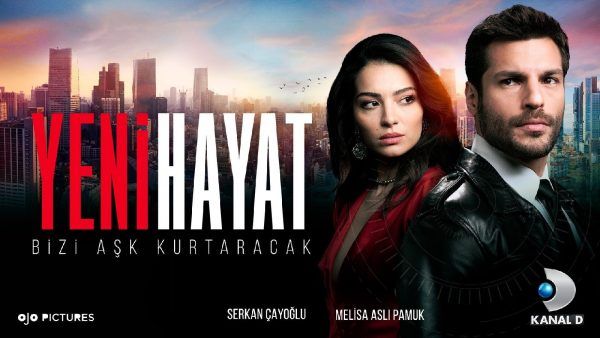 This week, fans of the series New Life / Yeni Hayat received extremely unpleasant news: their favorite project is being cancelled. But even in the brutal world of Turkish show business, there is hope. It seems like miracles happen not only in TV shows …

The series New Life / Yeni Hayat starring Melisa Asli Pamuk and Serkan Çayoğlu, almost fell victim to a pandemic. The start of the show this spring was disrupted, the premiere of the project was postponed until the fall.

And it played a mean trick on the show. In almost six months of quarantine, Turkish viewers have become accustomed to digital platforms and short series formats without advertising, so they return to watching TV programs very reluctantly. Even the broadcast leaders have lost almost half of their audience. New Life, which started on September 3, could not get good ratings for a long time. Not surprisingly, channel D, which is known for its tough stance against low-rated projects, did not hesitate to cancel the show on the 8th episode.

And then providence intervened. During the quarantine period, Karga 7 Pictures, which produced the TV show, and producer of Ay Yapim, created a new company, OJO Pictures, which now produces New Life. Recall that it was for the D TV channel that producer Kerem Catay created his best series – Leaf Fall, Forbidden Love, Fatmagul. But after a big scandal with the rights to overseas sales of the Fatmagul series, which was received by TV channel D, the producer vowed never to work with the management of the channel again and kept the promise for almost 10 years.

And now, by coincidence, the series of Kerem Catay and his new company OJO Pictures Hekimoglu and New Life are reappearing on Channel D. It is not surprising that the channel’s management is doing everything possible to improve relations with the producer. After New Life’s ratings soared this Thursday, they immediately reversed the decision to cancel the show. Its broadcast will continue. Of course, with such ratings, the project can survive only until the New Year, but at the present time this is a completely optimistic ending.