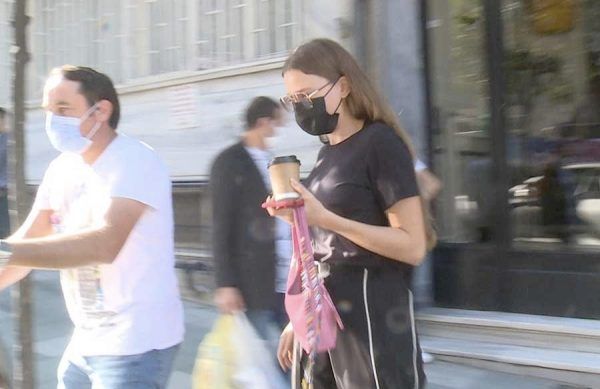 Snob magazine reports that Serenay Sarıkaya was spotted in the Nisantasi area near a cosmetic clinic with new silicone breasts.

When asked by journalists about whether she came to control the recovery process after an unpleasant incident with an exploded silicone, the actress did not answer, saying that she did not talk about such problems and was in a very hurry.

Recall that the manager of Serenay Sarıkaya made an official statement that her client actually underwent the operation and was discharged, but the information that she was recorded at the clinic under a fake name does not correspond to reality. The head physician of the clinic also confirmed that the actress registered for the operation under her own name. The journalists drew attention to the fact that Serenay was clearly in high spirits. It looks like the breast problem has been resolved.