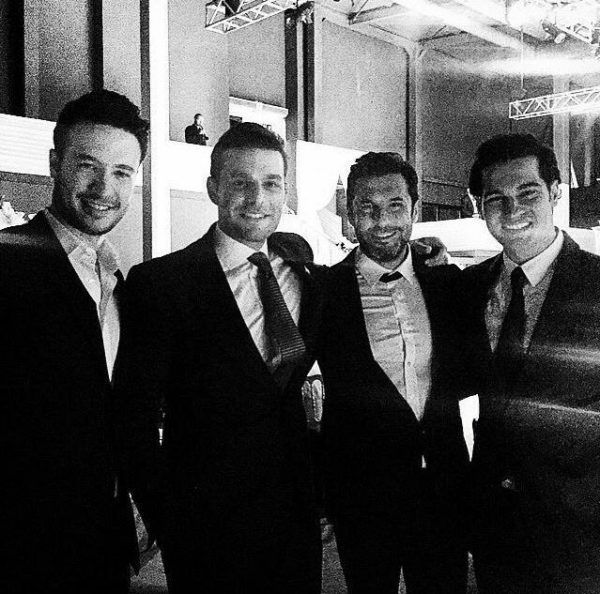 Did you know that Mehmet Aslan was the prototype of Emir Sarrafoğlu in the TV series “The girl named Feriha”? He was the son of the late owner of the “Maksim” nightclub Fahrettin Aslan, who was called the King of the Nightlife.

Mehmet decided to try himself in the acting profession, starring in the popular series of the Medyapim company “Doctors”. Later, Fatih Aksoy invited him to play Emir Sarrafoğlu, but Mehmet refused. It is not entirely clear what influenced his decision – whether he did not believe in a project that looked almost like a romantic comedy, or decided to go into business, or did not want to continue whispering about his affair with Hazal Kaya.

However, the fact remains that after Mehmet’s refusal, the role went to Çağatay Ulusoy, who two hours before had won the model competition. The young man refused to participate in the competition “The best model of the world”, went to the acting courses of Vahide Perçin and “stuck” to Mehmet, who out of respect for Fatih Aksoy agreed to help the kid off the street become a real heir of nightlife. Çağatay followed Mehmet for two months day and night, studying his manners, gait, speech, etc. This is how Emir Sarrafoğlu was born.

We know what happened next with Çağatay, but Mehmet did not disappear either. He currently heads a tourism, mining and real estate company. Mehmet is also the vice president of an opposition party, running against President Erdoğan in elections. He was acquitted in court on charges of insulting the president. Sometimes he appears in TV series in small roles. They maintain friendly relations with Çağatay to this day.