Why was Neslihan Atagül angry with journalists? 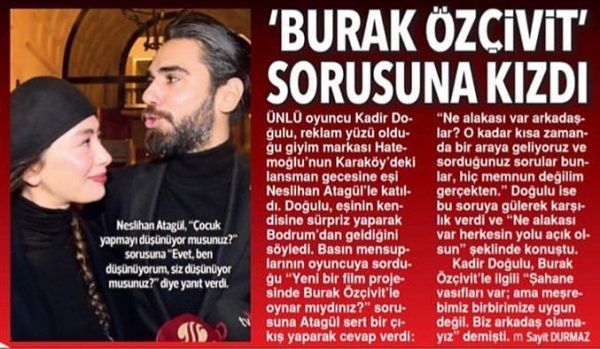 Neslihan Atagül made a surprise to her husband Kadir Doğulu by appearing at the presentation of the new collection of the Hatemoğlu brand, of which he is the face.

In a short interview after the presentation, Neslihan confirmed that she had received an offer to star in a film dedicated to Neslican Tay, but she refused it, so the news about her participation in the project seemed very strange to her. In turn, Kadir confirmed that in the near future he will start filming a new series by Pastel Film.

The last question from journalists about whether Neslihan will star in a new film with Burak Özçivit t seems to have pissed off the actress. She replied rather harshly that she rarely gives interviews, but journalists ask extraneous questions. This situation does not suit her. She has nothing to do with Burak, so questions of this kind look very strange.