Oktay Kaynarca: these people have no place among us 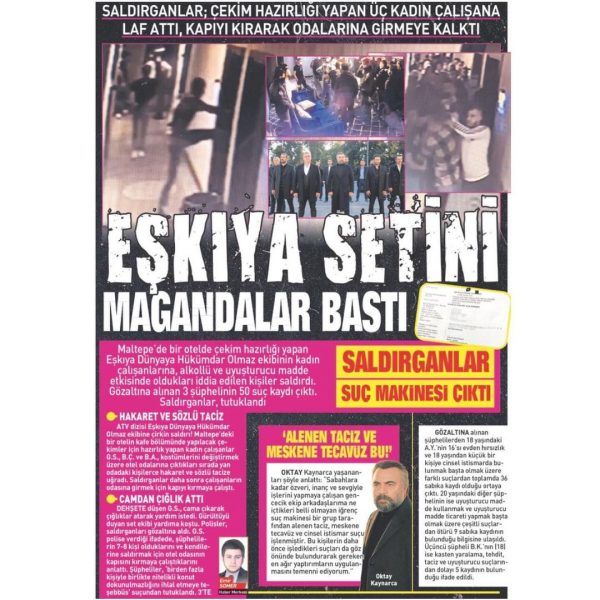 The footage of the attack on the costumers of the film crew of the series The Bandits / Eşkıya Dünyaya Hükümdar Olmaz in the Maltepe Hotel appeared on social networks.

As it turned out, three young men, who were in a state of alcoholic and drug intoxication, tried to rape the women, threatened them and broke the doors of the room in which they locked themselves to escape the attack. A total of 50 charges were brought against the three perpetrators. The leading actor in the project, Oktay Kaynarca, expressed his indignation at the situation, expressing the wish that the detainees were punished to the fullest extent of the law, especially given their criminal past. Such people have no place outside.