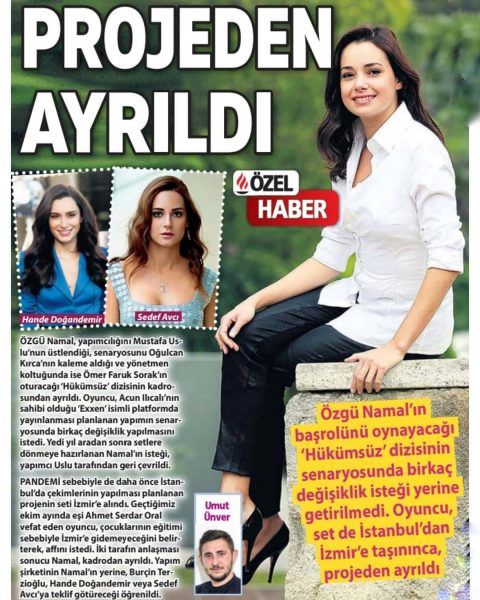 According to Milliyet journalist Umut Unver Özgü Namal, has left the cast of the Void / Hükümsüz TV series, which is produced by Mustafa Uslu for the Exxen digital platform.

The actress did not like the changes in the script, where the shooting was moved from Istanbul to Izmir. As you know, Özgü recently lost her husband, left with two small children, and she cannot leave them for a long time. Moreover, she asked for changes to the script, but this was not done. As a result, she had to give up continuing work on the project and leave. As it became known, negotiations are underway with Burçin Terzioğlu, Hande Doğandemir and Sedef Avci. Recall that just yesterday Burçin Terzioğlu announced that she was close to signing an agreement to star in the digital series.