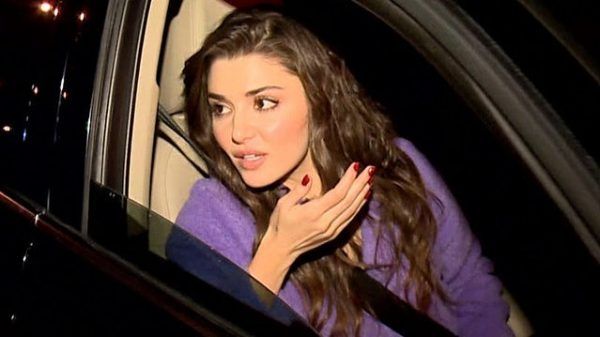 Hande Erçel, who was noticed the day before in a traffic jam, was very surprised by the appearance of journalists, joking that they are everywhere. When asked about Kerem Bursin, the actress said that they are very good friends. As for the former boyfriend Murat Dalkılıç, the actress noticed that they broke up as friends. Recall that the day before she unfollowed Murat after he unfollowed the most of his friends, who are also friends with Kerem Bursin. However, Hande did not go into details, confining herself to the usual phrase about friendship.