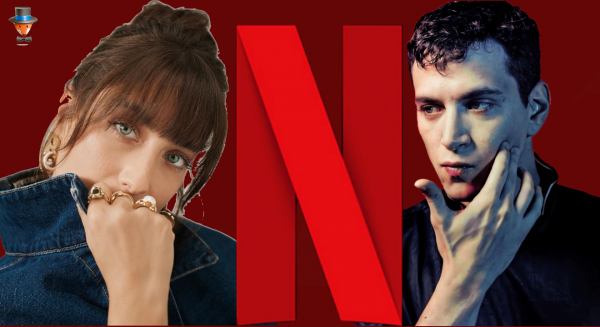 Hazal Kaya returns to the screens in the Netflix series “Pera Palas”. And we already know who became her co-star in this promising project. What is known about the TV show right now?

Karga Seven Pictures in collaboration with the American company Red Arrow Studios officially announced the start of work on the TV series Midnight at the Pera Palace / Pera Palas’ta Gece Yarısı based on the bestseller of the same title by the writer Charles King. The scriptwriter is Elif Usman. Directed by Emre Sahin. The series is filmed for Netflix digital platform. There are eight episodes planned.

The main character of the series journalist Esra (Hazal Kaya), during the preparation of material telling about the history of the famous Istanbul hotel Pera Palace, accidentally opens the door to the past, finding herself in 1919. The girl is caught in a political plot against the founder of the Turkish Republic Mustafa Kemal Atatürk and tries to save the future by keeping the past intact. She is assisted by the manager of the Hotel Ahmet.  Esra also meets the mysterious owner of Istanbul’s most prestigious club, Halit, and realizes that this story is not what it looks like.

As it became known, the co-star of Hazal Kaya, who is one of the leading Turkish actresses, will be Selahattin Paşalı, known to viewers in the series Heartbeat, Spot, The Choice and Love 101. It is not clear whether he will play Ahmet or Halit. However, many assume that he got the role of Ahmet. Who will play the second leading male role is not yet known.

The cast of the project is fully formed and in the near future we will find out who will play Mustafa Kemal Ataturk, Agatha Christie and her husband Archibald Christie. The shooting of the TV show will start in the coming days.