What did Hazal Kaya answer to the question about pregnancy? 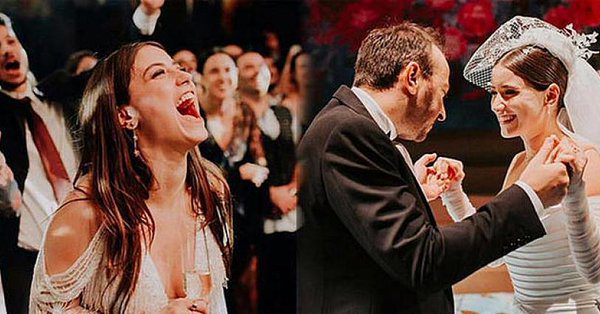 The journalists spotted Hazal Kaya and Ali Atay in the Nişantaşı district and asked the classic question if she’s pregnant.  Recall that recently the press is filled with rumors that the actress, who married in early February, is expecting a child and therefore finishes work on the Our Story / Bizim Hikaye series. However, Hazal only smiled and wished them easy work.

True, Ali Atay suggested that his wife still talk to journalists, but he refused to answer their questions himself and the couple withdrew and left the paparazzi with the perennial question: is she pregnant or not pregnant?

Meanwhile, as became known the Fox TV series Our Story / Bizim Hikâye starring Hazal Kaya and Burak Deniz will make the final on May 30 on Thursday.