Hande Erçel and Kerem Bürsin: a scandal on the set? 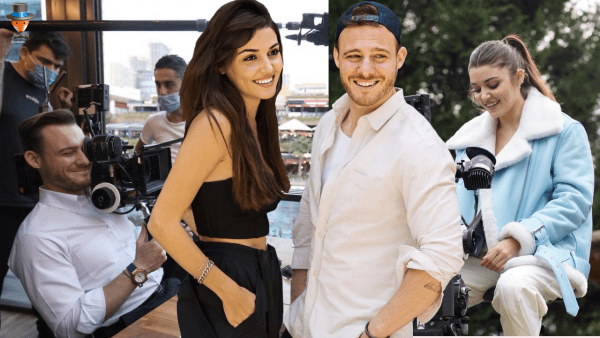 The Turkish press is overwhelmed with reports that Hande Erçel and Kerem Bürsin had a big fight on the set of the series Sen Çal Kapımı / Love is in the air. However, is this really so and what happened?

According to the journalist of the Hürriyet publication Mehmet Ustundag a scandal occurred between the leading actors on the set of the series Sen Çal Kapımı / Love is in the air. Kerem Bürsin and Hande Erçel have been almost inseparable since the beginning of summer, and many were even sure that there was no friendship between them, but an affair. However, the couple had recently fallen out so hard that the producers had to stop filming. The journalist was unable to determine the cause of the quarrel.