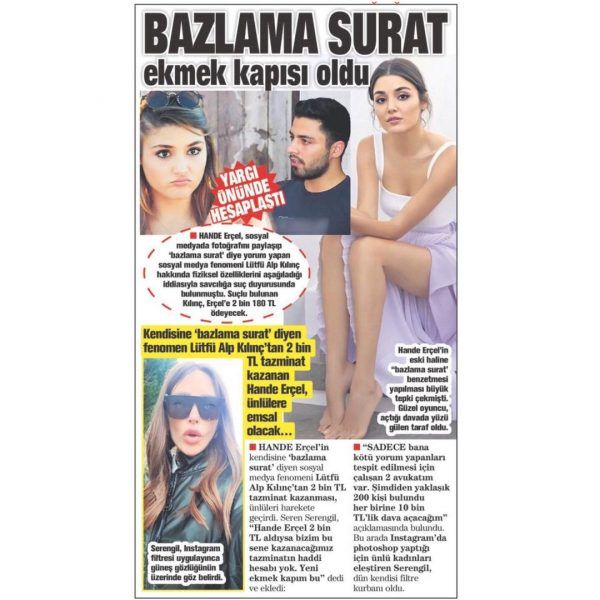 Seren Serengil liked the precedent when the court found the blogger Alp Kilinç guilty of insulting Hande Erçel and imposed a fine of 2 thousand Turkish lira (recall that he wrote about the similarity of the actress’s face with a cake) that she decided to follow in Hande’s footsteps. According to Seren, her lawyers found 200 social media users who spoke badly about her and will be sued for 10 thousand Turkish lira against each of them.