Why did Can Yaman decide to get married? 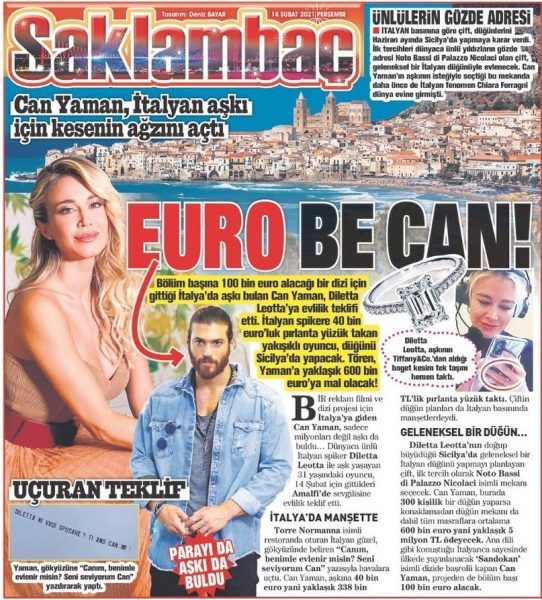 Why did Can Yaman decide to get married?

The Italian and Turkish media are full of sensational news about the imminent marriage of Can Yaman to his Italian sweetheart. And they even report juicy details of the reason for such a hasty wedding. What do we know right now?

The Turkish media report that Can Yaman, who bought an engagement ring worth 40,000 euros for his beloved Diletta Leotta, is about to be married in the homeland of a young woman in Sicily. The cost of the celebration is 600,000 euros. 300 guests are invited.

The actor can afford such expenses, as he will earn 100 thousand euros for one episode of the 8-episode series Sandokan. Diletta received an official marriage proposal on Valentine’s Day. There were even rumors that the bride is in the family way and that the actor would soon become a father. So this is the reason of such a hasty wedding.

It remains only to wait for the official information and see if the news is real. As we know, tabloids around the world are not the most reliable source of information. The only thing we know for sure is the work of a Turkish actor in Italy. As it turned out, Can Yaman will not be able to take part in Ferzan Ozpetek’s series Ignorant Angels due to problems with the filming schedule, but in the future he will work with the director on some other project. Preparations for the Sandokan series continue.