The new series from the creator of the Magnificent Century 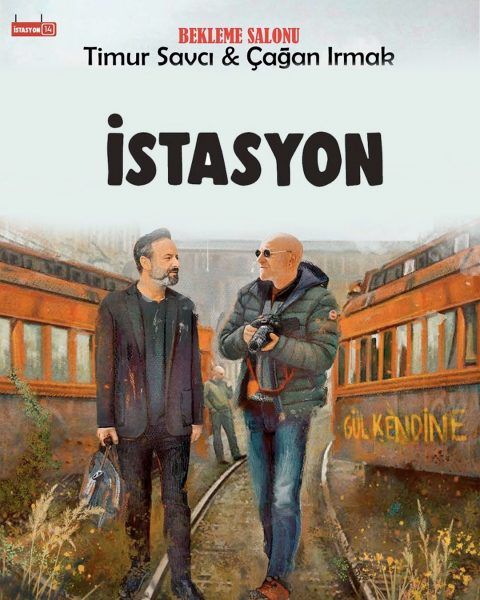 The history of the Ottoman Empire in the series The Magnificent Century has captured the hearts of over half a billion viewers around the world. Producer Timur Savci is already working on new projects that can be a worthy replacement for the legendary show.

Producer Timur Savci and director Çağan Irmak gave an interview to Istasyon magazine. According to Timur Savci, he is currently working on several TV shows, which are adaptations of literary works. TIMS&B is preparing the Şahmaran series for the Netflix digital platform, which is an adaptation of a book. We remind you that earlier there was information that Serenay Sarikaya may star in this project.

The producers are also preparing a new series based on the book by Saygin Ersin The Pasha of Cuisine / Pir-i Lezzet for the digital platform Gain. It is a fantasy novel that features history, astronomy, astrology, gastronomy and psychology.

It tells about a boy who miraculously escaped death during the massacre in the Topkapi palace, in which all heirs of the last sultan were killed by order of the new ruler according to the bloody law of Fatih. He takes refuge in the Sultan’s kitchen, becoming a chef who turns every dish into real magic. However, when his beloved dancer Kamer is sold in the Sultan’s harem, he will do everything to turn his culinary arts into a weapon that can destroy the foundations of the empire and save his beloved.

Also, Timur Savci said in his last interview that another series, on which he is working personally, will become a truly international project. Who knows, maybe he has already found a director to represent his company internationally. Çağan Irmak is one of the best directors in Turkey. He is currently working on the series Yeşilçam starring Çağatay Ulusoy.

Timur Savci and Çağan Irmak met on the set of the series Mansion with Vines and worked together on several films and the series Love Bird (Çalıkuşu). Recently, Çağan started following Burak Sağyaşar and Timur Savci on Instagram, which gave hope for the possibility of a new collaboration between these talented people. It is not yet known whether it will be the series The Pasha of Cuisine or Şahmaran, or they will cooperate in an international TV show.