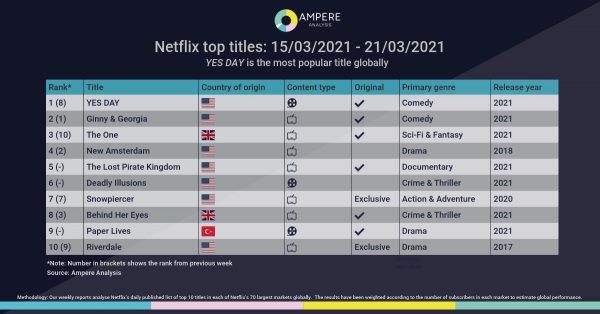 Ampere Analysis, the largest English analytical agency, publishes the results of Netflix films and TV series around the world from 15 to 21 March 2021, noting the unexpected success of the Turkish film Paper Lives / Kagittan Hayatlar, which was especially popular in South America.

The movie ranked the 3rd in the world among all films and the 9th in the world among all Netflix projects. This is the only non-English project to make it to the top 10. Considering that the platform did not give any advertising for Çağatay Ulusoy’s film abroad at all and did not even notify viewers about the release, this is a result that is really unexpected for analysts.