Filming of the Netflix Pera Palace series has begun 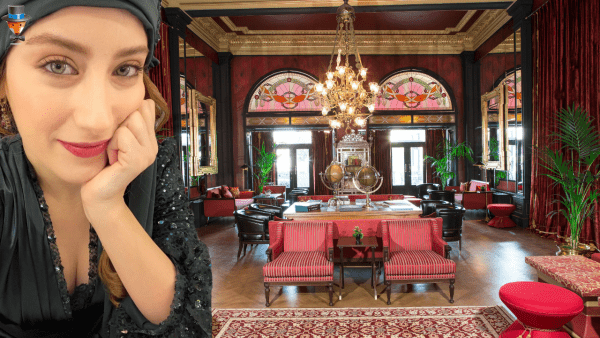 Great news for fans of Hazal Kaya and Selahattin Paşalı. The filming of the new series featuring your favorite actors has already begun and next year we will see their new work on Netflix.

The digital platform Netflix and the American company Karga Seven Pictures announce the start of filming of the Pera Palas TV series, starring Hazal Kaya and Selahattin Paşalı. The producer and director Emre Sahin is best known for his previous work on the TV series Rise of Empires: Ottoman. The screenwriter is Elif Usman. The story is based on the book by Charles King “Midnight at the Pera Palace”.

The social account of Netflix Turkey warned its followers that on Friday the leading actress of the project would be live from filming, which was done. We remind you that the shooting takes place in one of the most famous hotels in Turkey, Pera Palace. Hazal Kaya showed fans how the work on the project was going, admitting that this was one of those TV shows on which she was ready to work all her life. Selahattin Paşalı said that he is very excited, because the project is international with foreign colleagues in the team, it’s a very big production and great responsibility.

The shooting of the Pera Palace series will last for several months, after which the post-production will begin, which will take a lot of time, because this is a historical project, which means there will be a lot of special effects. The TV show will premiere next year.