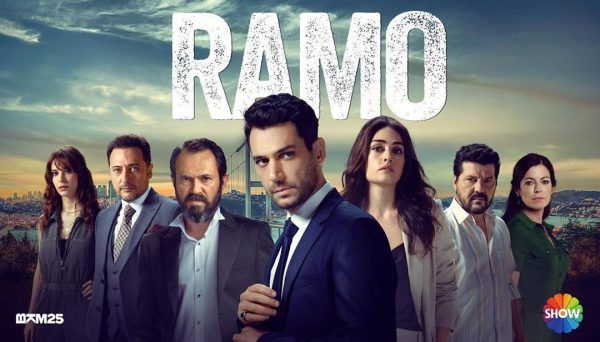 The series Ramo makes the finale. This news has long been expected by the fans of Murat Yildirim and Esra Bilgiç and does not seem surprising. However, alas, this can happen much earlier than they think. So what happened and why will the show make its finale in just two weeks?

The Turkish TV series industry operates in harsh conditions of a pandemic, under constant threat. This is not the first time that the series’ leading actors have been diagnosed with coronavirus. Hazal Kaya, Burak Deniz, Furkan Palali, Berk Atan and many other Turkish stars are forced to stop work due to positive test results. Shooting of the TV series Pera Palace, The Trusted, Bitter Lands stopped due to coronavirus.

And here is the news that may shock fans of Murat Yildirim. As it became known, the date of the final of the series Ramo has been changed. Initially, the team was supposed to shoot 5 more episodes. However, the show will make the finale on the 40th episode, that is, two weeks later. The reason, alas, is banal: Murat Yildirim was diagnosed with coronavirus. The actor is in quarantine at home. He personally confirmed the information.

Of course, many of Ramo’s fans have a logical question – why can’t they take a break and continue after the actor has recovered. However, in May, all TV shows go on hiatus due to religious holidays. Advertisers are not very happy with the low ratings of the project in the AB category, although the total (that is, all viewers) watch the series with pleasure and its ratings in this category are excellent. But alas, it’s impossible to keep advertisers off the air for two months.

As a result, we can only hope that Ramo’s finale will not be crumpled as is often the case in the Turkish show business. Especially considering that they will have to shoot it without the main character.