Berrak Tüzünataç will pay for her frivolity 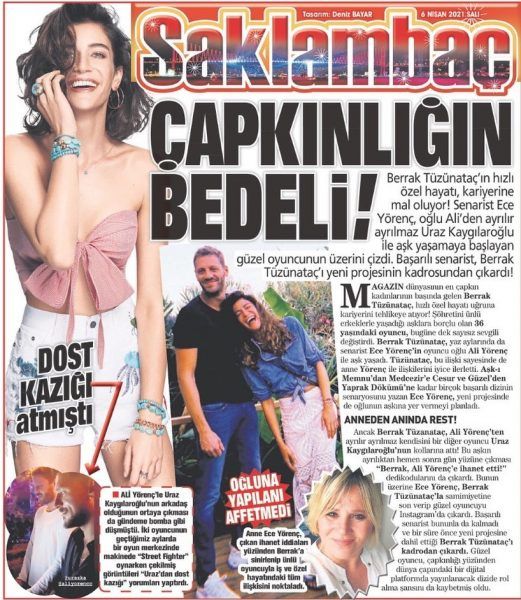 The Turkish press reports that Berrak Tüzünataç can pay dearly for her frivolity. As you know, the actress began dating Ali Yorenç, who is the son of the famous screenwriter Ece Yorenç. The relationship between the two women was warm enough and Ece, who is the screenwriter of such series as Falling Leaves, Forbidden Love, Tide, Bold and Beautiful, helped to ensure that Berrak was in the cast of a new series on the international digital platform that she is now preparing.

However, Berrak and Ali broke up, moreover, the girl began dating a friend of her former boyfriend Uraz Kaygılaroğlu. It seems that the betrayal of her beloved son greatly offended the scriptwriter, and she unfollowed Berrak in social networks, and then asked the creators of the series to remove the actress from the cast of the project, which was done. It looks like Berrak Tüzünataç will pay a high price for her behavior.