Rating of Turkish Digital TV shows in IMDB on April 20, 2021 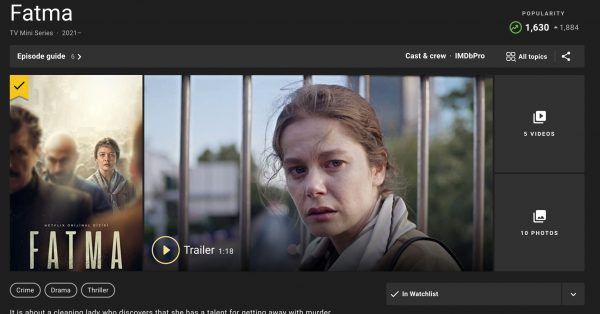 This week, the position of Turkish digital projects in the international movie database IMDB was determined by sluggish interest in the new film “Have you ever seen fireflies?”, which rose to 439th position among all films in the base. For comparison, in its second week of release, Netflix’s previous Turkish release, Paper Lives, ranked 43rd. This week the film by Çağatay Ulusoy was in 1829 position.

Interest in the upcoming Netflix release Fatma has grown significantly. The promo of the series turned out to be very successful, and the performance of the leading actress was very impressive. Interest in the series Yesilçam is also growing, although Turkish viewers do not use the IMDB base as readily as Western ones. All other digital projects have retained their previous positions.