Film You Smell Like My Daughter in the BeIn Connect Catalog 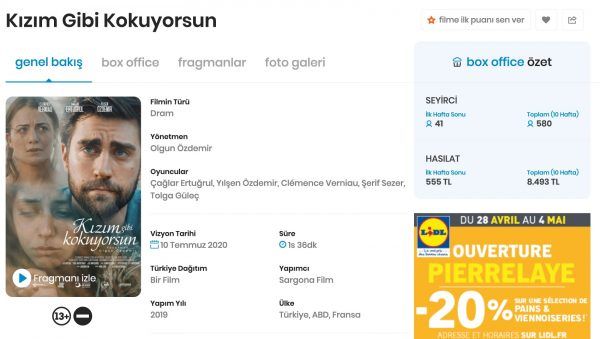 The digital platform BeIn Connect added the film You Smell Like My Daughter / Kizim Gibi Kokuyorsun starring Çağlar Ertuğrul to its catalog. At the box office, the film was watched by 41 viewers in the first week and 580 viewers in 10 weeks. The filmmakers then sold the film to Netflix, where it generated cool interest and failed to climb to number one when it was released in Turkey. However, sales to digital platforms continue.