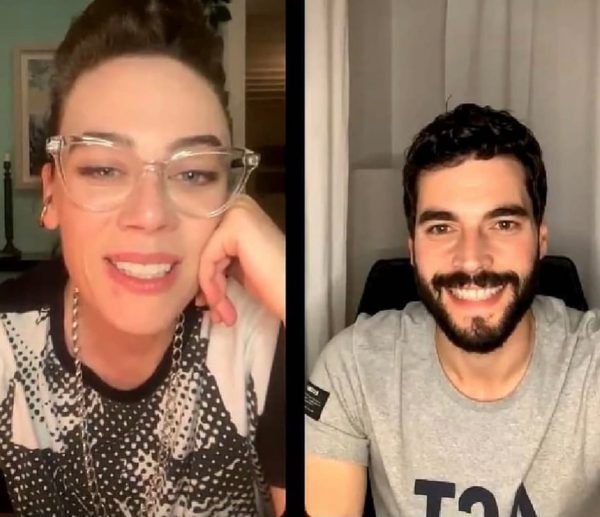 Yesterday Demet Evgar held another live broadcast, the purpose of which is to collect to help the newborn child Miran with SMA disease. In her broadcasts, the actress invites actors and other famous people who help her in every possible way with the fundraising. Yesterday’s guest on the air was Akın Akınözü, who had already made a donation when the fundraising had just begun. Yesterday, during a live broadcast, he put up his own costume for auction, which he once put on for good luck on the first day of filming Hercai, and it was in it that viewers first saw Miran Aslanbey.