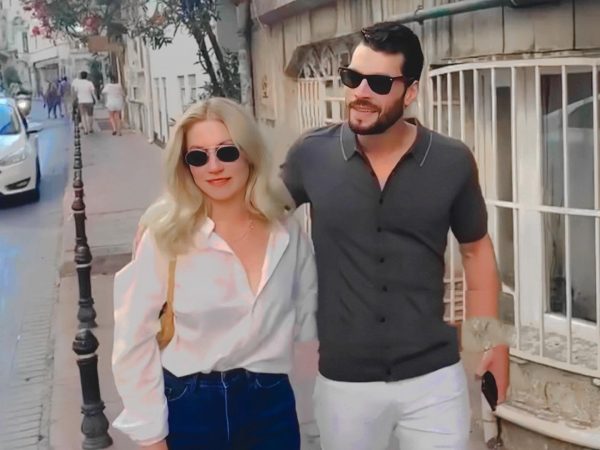 Akın Akınözü, who was spotted with his beloved Sandra on the streets of Istanbul, told reporters that he was in talks about a new project, but nothing concrete yet. The journalists noticed that Akın would be very suitable for an action-style project, to which the actor noted that he would love to play in this genre, he also wants to try this role. When asked if he wants to shoot abroad, Akın noted that his project is receiving good reviews from all over the world, so why not, God willing, and it will be.

When the journalists asked if the actor was thinking about the wedding, he forwarded this question to his beloved, asking her how she felt about such a proposal and answered with a smile, ‘Let’s see, why not, we will make our dreams come true.’ When asked if he congratulated Ebru Sahin on his marriage, Akın laughed and wished the journalists good work.