Why are fans of Çağatay Ulusoy offended by the Turkish press? 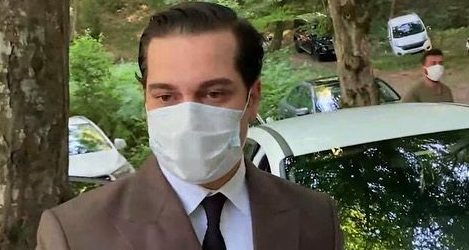 Çağatay Ulusoy is one of the most private Turkish actors, who rarely gives interviews to the press. Not surprisingly, the fans of the star were very disappointed when the paparazzi, instead of asking about his future projects, suddenly began asking him about the story of 7 years ago. There’s a lot to be angry about.

On Monday, June 28, the wedding of Taner Olmez and his beloved Ece Çeşmioğlu took place in Istanbul. The newlyweds had been dating for several years and were engaged for about a year, so the fans were looking forward to the celebration with special impatience. Many speculated that the ceremony would be attended by actors who co-starred with Taner in the series Tide / Medcezir, but the pandemic made its adjustments. Only a few members of the film crew were present, including the groom’s friend Çağatay Ulusoy.

As it turned out, Çağatay dropped in to the wedding for just a few minutes. Filming of the series Yeşilçam is over, with only two days left, so the star had little time. On the way out of the wedding, journalists caught the actor who reported that he had come to congratulate the newlyweds, because Taner is very dear to him, and he is friendly with Ece, but now he has to run away to the shoot. Journalists thanked him for his work on the Yeşilçam series, asking him how he feels about the mass of positive reviews from viewers. Çağatay admitted that it was a pleasure, they were already finishing work on the second season of the project.

Also, the journalists noticed that the old team of the Tide series had gathered, however, Çağatay corrected it, saying that in fact there were not so many invited from the old team, now it’s summer, everyone has left. The most “piquant question” – did he meet Serenay Sarikaya at the wedding, and what did they talk about, did they say hello? Çağatay was surprised, noting that there was actually nothing to talk about, he had to run to the shooting. Note that in fact, Serenay was not at the wedding at all, so his surprise is quite understandable.

Unfortunately, the Turkish press once again demonstrated its limitations: instead of fascinating questions for viewers about the new film on Netflix, the new Amazon series, about the first film of Çağatay as a director and screenwriter, which opened the prestigious American Film Festival in Palm Springs, they pulled out a dust-covered story that nobody is interested in anymore.  It is not surprising that Çağatay’s fans on social networks raised a scandal, trying to explain to the paparazzi that they were already rather tired of the old stories about Çağatay’s co-star seven years ago, and they are more interested in his future plans. We can only hope that the journalists will finally listen to the wishes of the audience and next time they will ask Çağatay about what really interests his fans.