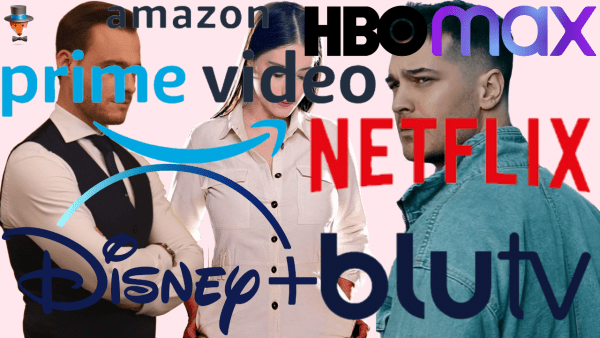 2022 will be a decisive year for Turkish series production. We are facing a big crisis on the television market. But it’s not all bad: if something ends, then something begins. We are on the cusp of a digital revolution in Turkey!

Digital platforms in Turkey are increasingly replacing traditional TV channels, which are losing the battle for viewers. The only channels that have not lost their audience are state-owned TRT1 and semi-state ATV. However, there is a logical explanation for this – the conservative viewer of these channels does not recognize the newfangled means and platforms for him is still something incomprehensible and often frightening.

But private TV channels are in a very difficult situation, which shows this summer TV season. Almost all the series that go on air cannot boast of good results. The youth audience that watched romantic comedies went to the platforms, tired of the 2.5-hour format and illogical scripts. Turkish show business is on the verge of a big crisis.

However, not everything is so sad. Both Turkish and international digital platforms are ready to produce series in Western format. That is, 40-60 minutes, 30 episodes maximum per season (usually 8-10 episodes), written in advance. Netflix is a pioneer in the Turkish market and is preparing for a decisive breakthrough by setting up its own film studio in Turkey. This will significantly increase capacity, which means that Turkish TV series and films produced by Netflix will appear not every six months, but every month, possibly more frequently.

In the meantime, there are some interesting novelties to come: the 2nd season of the youth series Love 101, which will be released in September, the series about time travels Midnight at the Pera Palace, two projects in the post-apocalypse genre Hot Scull and The Story of the Submarine, the historical TV series Club, the psychological drama The Uysals. As well as several promising film projects, including the film “Good luck”, starring Engin Akyürek and Tolga Sarıtaş, the romantic comedy “Love Tactics” starring Şükrü Özyıldız and Demet Ozdemir, and the fantastic movie “Black Istanbul” starring Çağatay Ulusoy.

However, Netflix will not be alone in the Turkish market for long. Its main rival Amazon Prime has already launched production of the first Turkish TV series starring Çağatay Ulusoy. It had previously been claimed that it would be an adaptation of the famous novel by Orhan Pamuk “The Museum of Innocence”, but due to the Nobel Prize laureate’s dissatisfaction with the script, it might be an adaptation of another novel. In any case, the American corporation already has a solid subscriber base in Turkey and will compete with Netflix next year.

In 2022, another global giant, the Disney Plus digital platform, will also enter the Turkish market. It has already negotiated with major Turkish producers of series content. The first actor to star in the platform’s Turkish series will most likely be Kerem Bürsin. Filming for the TV show is expected to begin this fall, unless there are any changes at the last minute.

Of particular interest to Turkish viewers is the digital platform HBO Max, known for its high-profile TV series Game of Thrones, Chernobyl, The Sopranos, Sex and the City. As it became known, representatives of the platform have already started the necessary legal procedures to obtain a broadcasting license in Turkey. HBO Max is expected to enter the Turkish market in 2022-2023. There is more great news. The platform has a reputation for producing the highest quality and greatest series in the world and does not intend to lower the quality bar for its overseas productions. Preparations for the creation of the first Turkish HBO Max series have already begun, but you shouldn’t wait for the results quickly. A large production is costly and very time-consuming. But the result is worth it.

An interesting situation is developing around the state TV channel TRT1. Recall that earlier the channel’s management planned to open its own digital platform, not local, but international. However, after the contract with the channel’s CEO Ibrahim Eren were not renewed, and he had to leave his post, the tone of statements changed somewhat. The opening of the platform has been postponed indefinitely, and it is not entirely clear whether it will be open at all. It seems that the cost of building international digital Turkish platform turned out to be too high.

However, the state TV channel has already launched production of two large-budget series. The TV show Mevlana starring Timuçin Esen and directed by Can Ulkay, will tell the story of one of the most respected Sufi poets and Islamic theologian Rumi. It is alleged that the series can be released on both platform and television.

The channel’s second large project dedicated to Turkish fighter pilots has already entered the implementation phase. The show will be very ambitious and expensive. Osman Nail Dogan is in the director’s chair. The series is produced by Es Film. This is a free-style adaptation of the famous film Top Gun. Who will play the role that Tom Cruise played in the original is not yet known. The project is reportedly being prepared for a digital platform.

It seems that the state channel decided to release its shows simultaneously on television and on platforms, thereby attracting the maximum audience. Who knows, maybe instead of its own platform, TRT1 will offer its projects to those who have more money, that is, international buyers. After all, its super hit Resurrection Ertugrul is successfully broadcast on Netflix.

The digital platform Blu TV, which announced that it would produce one large series each month, has also kept pace with the leaders. In the near future we will have the second seasons of the hits of the platform Yeşilçam, Respect, Steppe, Alef, new series First and Last, The Hidden, Wolf 2039. Not surprisingly, it is no longer just a Turkish platform, but a member of the international Discovery+ conglomerate, which in turn is preparing to merge with Warner Brothers. The next year, Warner Bros. Discovery or WBD, a new US$130 billion streaming giant, will be on the market.

So, next year, the production of Turkish series on digital platforms will exceed the number of shows on television. And we are not talking about local production, but about the world’s largest streaming giants that are taking over the production of media content worldwide. Turkey is no longer an autonomous TV series producer. It is increasingly falling under the influence of what used to be called Hollywood. However, now Hollywood has ceased to be a geographical concept associated only with the United States. Now it’s more like streaming giants producing content all over the world. So far, English-speaking producers dominate the market, but Mexicans, Spaniards, Indians, Koreans, and Japanese also carry a lot of weight. Time will tell whether the Turks will be able to establish themselves in this new, highly competitive market.