Crisis in the TV series Camdaki Kız: who will play Hayri? 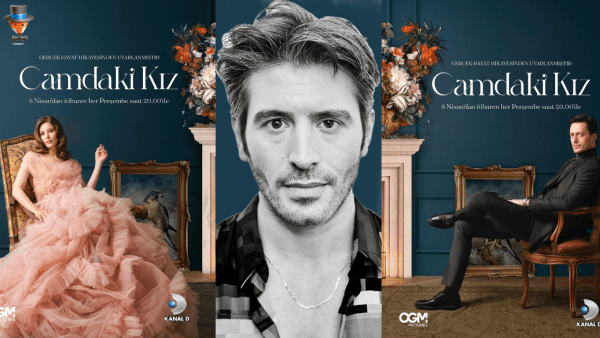 Fans of the series Chrysalis / Camdaki Kız eagerly awaited news of who would play the role of Hayri in the popular project. However, it appears that the series has developed a crisis that the producers are not yet able to resolve. What happened?

Next week, the TV series Chrysalis / Camdaki Kız starring Burcu Biricik and Feyyaz Şerifoğlu starts shooting. The first season of the project, which is an adaptation of the book of the famous psychologist Gülseren Budayıcıoğlu, turned out to be very successful.

However, rumors arose around the successful series that threatened to spoil the mood of the fans. In particular, it was argued that Feyyaz Şerifoğlu, who plays the role of Sedat, is leaving the show, deciding to pursue a musical career. However, according to the well-known journalist Birsen Altuntas, this information is not true. Feyyaz will continue to work in the project.

However, the main intrigue is who will play the role of the beloved of the main character, Nalan (Burcu Biricik). Recall that this role was offered to Burak Deniz and Erkan Kolçak Köstendil. An agreement in principle was reportedly reached with Cihangir Ceyhan, known for his work in the TV series The Pit and Flame. However, due to disagreements between the old and new managers of the actor, the contract with him was not signed. Either the crisis will be resolved in the near future, or another candidate for the main role will have to be found.

It seems that the intrigue of who will play Hayri continues to persist. Whether it will be Cihangir Ceyhan or whether the creators will find another actor for this role, we will find out in the very near future.