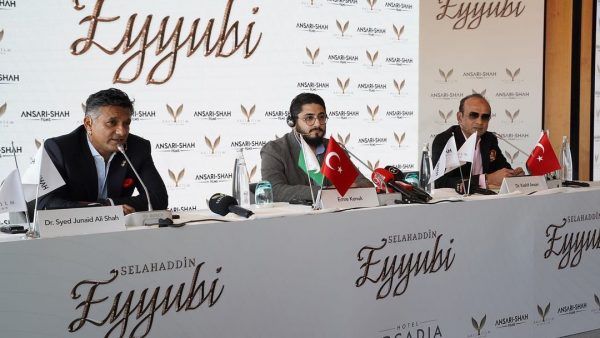 Producer Emre Konuk presented with great fanfare a new series about the life of the famous Sultan Salah ad-Din / Selahaddin Eyyubi, which will be produced in collaboration with the Pakistani company Ansari Shah Film. According to the producer, the series will be broadcast worldwide. As the creators of the show declare, this will not be a business project or an ordinary TV series propaganda. For them, this is an attempt to create a project that would teach peace, love and harmony in a world where different religions exist. This is an attempt to tell about the heroes of Islam of the past, to determine their place in history.