Gala premiere of the series Barbarossa: The Sword of the Mediterranean 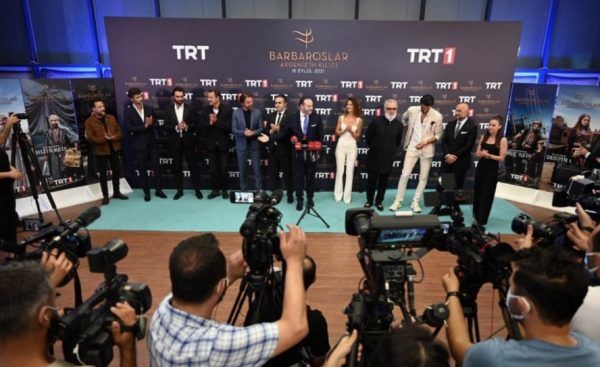 The Turkish press reports on the gala premiere of the TV series Barbarossa: The Sword of the Mediterranean / Barbaroslar Akdenizin Kılıcı, quoting TRT1 CEO Mehmet Sahid Sobaci. He stated that the management of the TV channel gives preference to works that arouse wide public interest and which are difficult to implement on private TV channels.

This is the first marine-themed series to be broadcast on Turkish television. And this fully meets the interests of Turkey as a naval power, which is especially valuable in connection with the discovery of natural gas fields in the Black Sea, as well as the political confrontation in the Mediterranean and Aegean Seas. The series is a reminder to Turkish citizens of the importance of the Blue Motherland concept. The channel’s management hopes that the series will raise awareness among citizens on this issue.